Hosted by Derek Ramsay, the 11 all-Filipino race teams will vie for the title of “First Amazing Race Philippines Winners” and the P2 million grand prize.

The teams will race against the picturesque backdrop of the best places in the Philippines in what could easily be dubbed the country’s most expensive reality show this year. 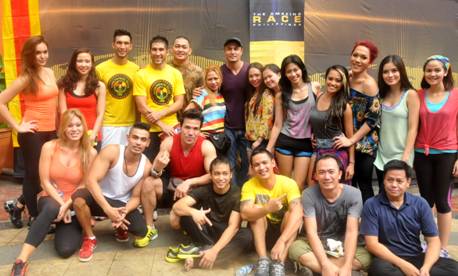 The Amazing Race Philippines has attracted some of the most competitive and interesting personalities in the franchise’s history.

TV5 teamed up with ActiveTV, the same company behind the Emmy-nominated and two-time Asian TV Awards winner The Amazing Race Asia for the actual production of the show.

Don’t miss the journey of the 11 teams every Monday to Friday after Wil Time Bigtime and every Saturday after Talentadong Pinoy Worldwide only on TV5.