By Admin
October 09, 2012Cover GirlEntertainmentEsquireHollywoodmagazineMila KunisSexiest Woman Aliveshow business
Friends With Benefits actress Mila Kunis has been named as this year’s “Sexiest Woman Alive” by the US edition of Esquire magazine.

Kunis will grace the cover of Esquire’s November 2012 issue.

The 29-year-old actress poses topless in black leather pants, with only her back on display for the men’s eyes to feast upon.

Here’s a photo of Kunis on the Esquire cover: 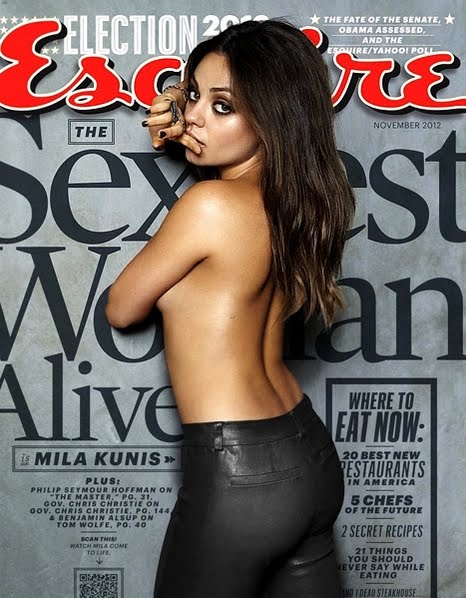 Does she deserve to be called the “Sexiest Woman Alive?”