“Growing up in Spain I always loved the adidas brand and their products,” said Rubio. “The last few years they’ve really changed the game with new technology and style in basketball shoes and apparel and I can’t wait to be a part of it.” 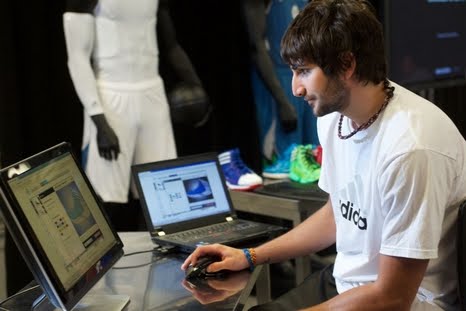 The No. 5 overall pick in the 2009 NBA Draft, this past season Rubio averaged over 10 points, 8 assists and 2 steals in 42 games and finished second in NBA Rookie of the Year voting in an injury shortened season. Prior to signing with Minnesota, Rubio helped the Spanish national team win the Silver Medal at the 2008 Olympics and became the youngest player ever in an Olympic basketball final. In an impressive European professional career that began at age 14, Rubio led FC Barcelona Basquet to the 2010 Euroleague title and was three times named the FIBA Europe Young Player of the Year.

“Ricky Rubio is a once-in-a-generation player,” said Lawrence Norman, adidas vice president of global basketball. “His work ethic and selflessness combined with his superior athleticism and playmaking have quickly made him one of the most exciting young players in the game. When you watch Ricky on the court and talk to him after practice, you understand his pure enjoyment of playing basketball and that makes him a perfect fit for our brand.”

Rubio is the latest addition to the adidas basketball roster which includes 2010 NBA MVP Derrick Rose of the Chicago Bulls, three-time NBA Defensive Player of the Year Dwight Howard of the Los Angeles Lakers and two-time NBA MVP and four-time NBA Champion Tim Duncan of the San Antonio Spurs. He joins several adidas players on the 2012 NBA All-Rookie teams including Kenneth Faried of the Denver Nuggets, Iman Shumpert of the New York Knicks, Brandon Knight of the Detroit Pistons and MarShon Brooks of the New Jersey Nets.

Rubio will be featured in a variety of upcoming adidas marketing initiatives and will play a role in the development of basketball footwear and apparel.