Results of the rest of the matches on Pinoy Pride XVII: “Philippines vs The World,” however, were favorable to other Filipino boxers.

Other results: Michael Domingo defeated African fighter Mudde Ntambe Rabison via a second round knockout; Marlon Tapales likewise knocked out Indonesian Rasmanudin at 1:10 in the second round; Juan Martin Elorde came victorious against Gerry Sismundo via a fourth round TKO; and Randy Bullong defeated Japan’s Kazuma Ejiri via stoppage in the final round of their bout. 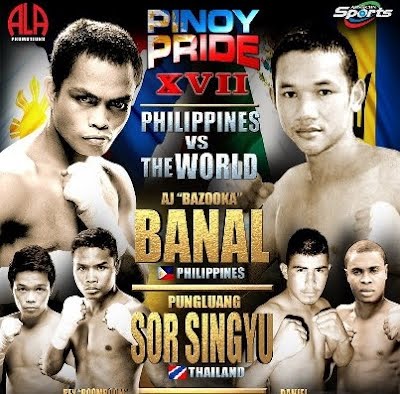 The video of the October 20 Pinoy Pride 17 matches will be aired Sunday morning on ABS-CBN.