By Admin
October 19, 2012ChinaDepartment of Foreign AffairsDFAfeatureglobalnewsPhilippines
As a gesture of support and friendship, the Philippine government on Friday donated US$200,000* to the government of China for victims of the recent earthquakes.

According to the Department of Foreign Affairs, the ceremonial handover of the donation was held during the courtesy call of Chinese vice foreign minister Fu Ying on DFA secretary Albert del Rosario on October 19. 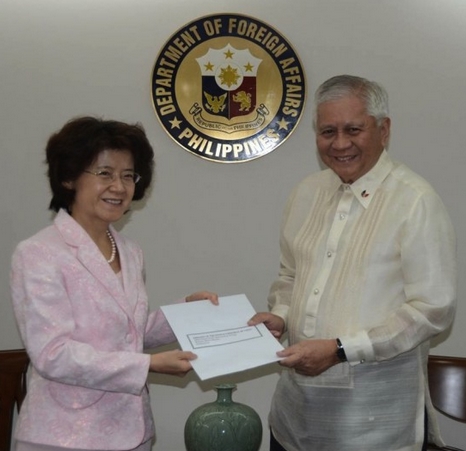