DOST said the NOAH (Nationwide Operational Assessment of Hazards) app for Android devices provides real-time information on rainfall and potential rainfall, allowing users to prepare for floods and other hazards.

Not only that, the app also gives users access to weather information from PAGASA and Project NOAH. 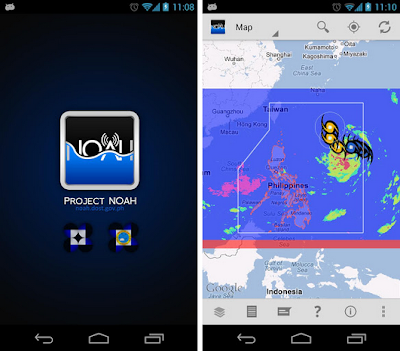 The NOAH mobile app can be downloaded from Google Play. It’s compatible with smartphones and tablets running Android 2.2 and later.

Initially, the application was released without the flood map features, but thanks to “Flood Patrol,” users will now be able to access Project NOAH’s flood monitoring and mapping service.