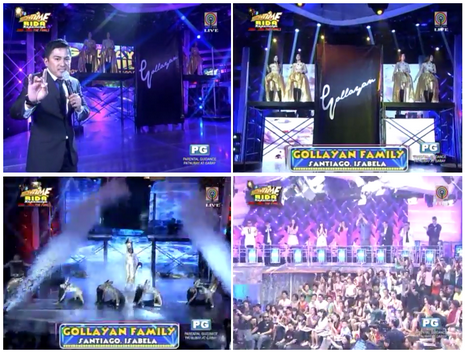 Wearing attractive golden Egyptian-inspired costumes, the Gollayan family performed an awesome song and dance combination—an upbeat remix of “I Believe I Can Fly,” “Queen of the Night” and “Please Don’t Stop the Music”—that gave viewers goosebumps.

After a delighful finale performance, the Robert Sena-mentored group received a standing ovation from all judges and ‘madlang people’ (live studio audience).

Showtime host and resident judge Vice Ganda, who also stood up to give the winning family recognition, scored their performance with a perfect 10. All the other judges did the same.

He said their performance level was a notch higher than the rest of the finalists and added that the family had turned the contest into their own concert!

Here’s a video replay of their finale performance: