By Admin
October 14, 2012ABS-CBNCoco MartinEntertainmentGMAMarian RiveramovieRegal Films
Collaborations of big stars from rival networks are a trend these days. Among them is the tandem of Kapamilya actor Coco Martin and Kapuso actress Marian Rivera. 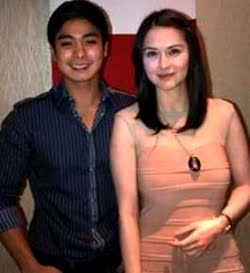 Regal Films in a recent tweet has confirmed that Coco and Marian are teaming up for a romantic movie to be officially titled “Maybe This Time.”

Directed by Maryo J. de los Reyes, the film is the production outfit’s opening salvo for 2013. It will also mark the return of veteran actress Snooky Serna to her mother studio. Reports said she will play Coco’s mother in the movie.