By Admin
October 05, 2012Chiz EscuderoEntertainmentHeart and ChizHeart EvangelistaKris TVshow business
Senator Chiz Escudero finally admitted Friday that actress Heart Evangelista is his girlfriend. He opened up about the relationship on the morning program “Kris TV.”

When the show’s host, Kris Aquino, asked Chiz if Heart is his girlfriend, the senator answered firmly: “I would like to think so, yes.” 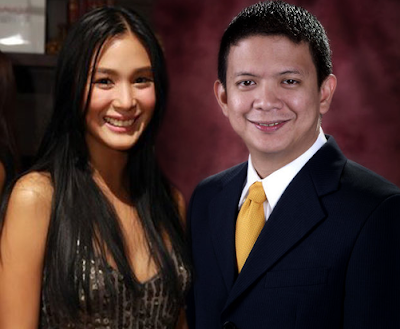 In the past months, both Chiz and Heart did not confirm nor deny the rumor that they’re an item, but admitted to media they were dating.

Chiz said he hopes to celebrate “anniversaries” with Heart. His children also said they love their dad’s girlfriend.

They were spotted together several times after the actress broke up with Japanese-Brazilian model Daniel Matsunaga.