By Admin
October 15, 2012Alyssa AlanoCar AccidentCar Crashfilipinanewssexy actress
Television host and sexy comedienne-actress Alyssa Alano was hurt and badly injured after she figured in an accident in Marikina City at dawn on Sunday.

According to ABS-CBN News, Alano was speeding along the westbound lane of Marcos Highway when her sport utility vehicle hit the concrete barrier installed by the Metropolitan Manila Development Authority at the center island near SM City Marikina. 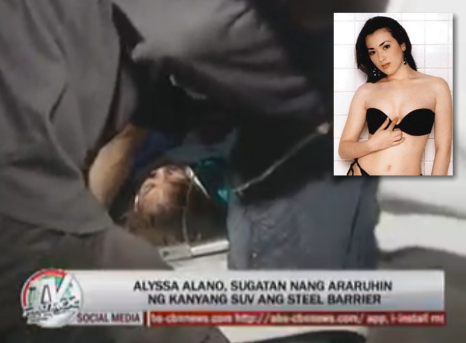 Initial investigations revealed that a metal part of the concrete barrier pierced through her abdomen.

Alano was immediately rushed to the hospital, reports said.