By Admin
October 31, 2012AladdinBritish PantomimesEntertainmentglobalUK Box Office
The traditional English pantomime returns to London in December 2012 with the classic story of Aladdin. This age old story has always mesmerised kids. The original story of Aladdin is a middle eastern folklore and takes place in Arabia and the kingdom is established in the desert but the theatre version depicts that the story occurs in China. 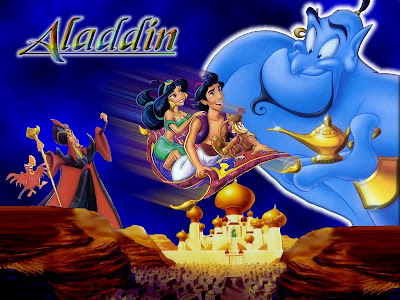 British Pantomimes has been popular for its combination of in-jokes, dance, song, slapstick, audience participation and so on. And the best part of it lies in the fact that kids enjoy them to the fullest as it’s a great combination of magic, comedy and lively interaction. It is unlike mime but doesn’t have characters speaking but a narrator and music to describe you the story.

As a part of English tradition, pantomimes take place around the country each Christmas and New Year to provide families and children entertainment; in the United Kingdom pantomimes have been performed since the 18th century. One of the classic stories told in pantomime, Aladdin, tells the familiar story of a poor boy who finds a mystical lamp that contains a magical genie. In this play, Aladdin – A Wish Come True, the story is transported to a Chinese laundry in Peking where Widow Twanky, played by Lily Savage, and her son, Aladdin search for riches and happiness with the help of the genie of the lamp. During this journey towards happy life, Aladin falls in love with the Sultan’s princess and with the help of the magic lamp tries to make everyone happy. But, the evil sorcerer Abanazar tries to find the lamp for his own evil reasons. In the end the story shows how good triumphs over evil.

In 2010, Aladdin – A Wish Come True ran over the Christmas period at Southampton's Mayflower Theatre; the majority of the cast have returned to the new production at the O2. Now a television personality and writer, Paul O'Grady says the return of his most famous character will be strictly limited to the 35 shows at the O2 Theatre in Greenwich. Also starring is the West End stage star Jon Lee who reprises his role from the 2010 production in this high-quality musical comedy. London theatre tickets are guaranteed to sell fast for this traditionally English audience participation extravaganza.

Pantomimes are and have always been favourite family past time, whatever your age. You and your family will be sure to enjoy the magic of Aladdin!

This guest post is written by Angelina Lawson, a content writer whose interests are Films, Travel, Technology and Eco living.