By Admin
October 20, 2012ABS-CBNCanonizationLive CoveragelocalnewsSan Pedro Calungsodvideo
The canonization of Pedro Calungsod de Cebu, the second Filipino saint, will take place at the Vatican in Rome, Italy on Sunday, October 21, 2012.

Broadcast giant ABS-CBN announced it will cover and telecast the historic event live from the Holy See. 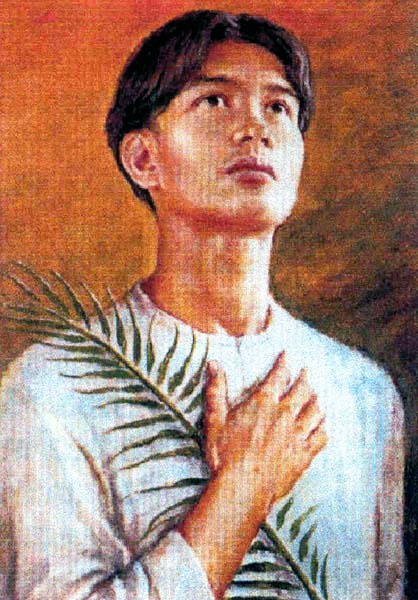 Earlier, Malacañang declared October 21 as the National day of Celebration to honor the ‘life and martyrdom’ of San Pedro Calungsod.

Calungsod was a young Roman Catholic Filipino migrant, sacristan and catechist, who along with Blessed Diego Luis de San Vitores, suffered religious persecution and martyrdom in Guam for their missionary work in 1672.

While in Guam, sources say Calungsod preached Christianity to the Chamorro people through catechism, while baptizing both infants, children and adults at the risk and expense of being persecuted and eventually murdered.

The feast of San Pedro Calungsod is celebrated every 2nd day of April, the anniversary of his martyrdom. If the day falls within the Holy Week, the feast is observed on the Saturday before Passion Sunday.

Reference on some details: Wikipedia.org