By Admin
September 09, 2012ABS-CBNAllen Sta MariaEntertainmentJoan Dashow businesstelevision showsX Factor Bottom 2X Factor Philippines
It was a showcase of girl power as Joan Da and Allen Sta. Maria battle it out to win a slot in the final six on The X Factor Philippines on Sunday, September 9.

Joan gave her all to prove to the judges that she deserves a chance to advance in the competition although it was her third time to become one of the Bottom 2 contestants. 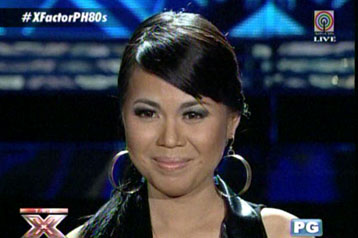 Allen was a little bit off on some notes. She is known to be an emotional person and that has somehow affected her final performance.

In the end, the X Factor PH judges decided to let Allen stay. Joan has been sent home.