The Nokia Lumia 920 is a high-end smartphone that features the latest version of PureView, an advanced floating lens technology which enables the phone’s camera to capture clear, bright pictures and video indoors and even at night without using flash.

Jo Harlow, executive vice president of Nokia Smart Devices said: “Nokia PureView continues to deliver cutting-edge technology to make it possible for a smartphone camera to take the kind of images usually only seen on a standalone SLR camera.”

He added: “With the Nokia Lumia 920 we have made it possible to shoot pictures and video at home, outdoors, in a restaurant or even at night, and come out with professional-looking results.”

Nokia also boasts the Lumia 920’s battery at 2000mAh and built-in (check this out) wireless charging, plus its 1GB memory and free 7-gigabytes cloud storage capacity. How about that! 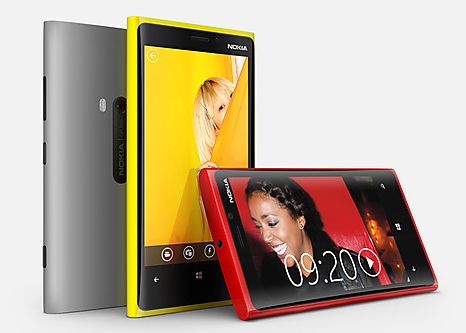 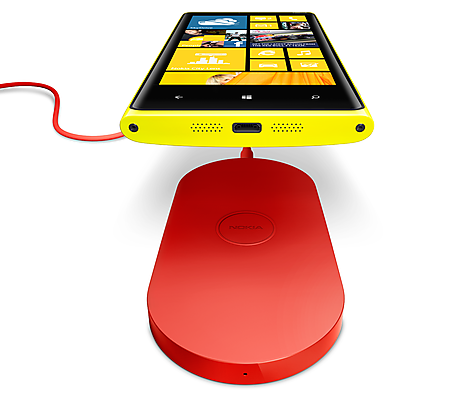 Meanwhile, the Nokia Lumia 820 is a stylish, mid-range smartphone which also powered by Windows Phone 8.

It has the same unibody look and feel as the high end Lumia smartphones and comes with an exchangeable shell and a slot at the bottom where you can insert a micro SD memory card. It also supports wireless charging with its 1650mAh battery.

The Nokia Lumia 820 will be available in red, yellow, grey, cyan, purple, white and black colors. 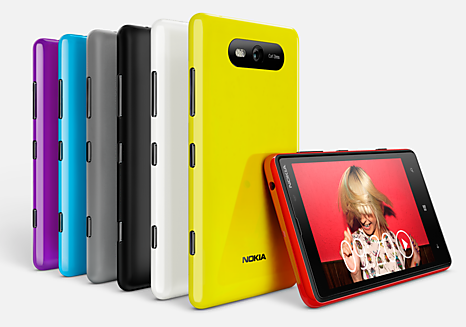 
Both phones have a 1.5GHz Dual Core Snapdragon S4 processor.

The Nokia Lumia 920 and the Nokia Lumia 820 will be available in pentaband LTE and HSPA+ variants. No pricing as of yet but these phones are expected to start shipping in select countries later this year.