A company executive explained that multi-band LTE means “better coverage whether in densely- or sparsely-populated areas and a wider range of compatible devices.”

We’ve seen in previous speed test videos that Smart LTE can achieve internet speeds of up to 42Mbps. It is anticipated that this would increase up to 100Mpbs by the end of the year upon completion of the installation of Smart’s Fiber Optic Cabling (FOC) system. 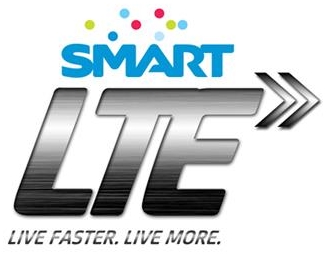 Recognized worldwide as a leader in innovation, Smart has fired up LTE in the 2100MHz and 1800Mhz bands officially making it the first multi-frequency service provider of mobile LTE in the country and one of the first in the world according to PLDT-Smart Technology Group Head Rolando G. Peña.

“Offering LTE in multiple frequencies will give us and our subscribers greater flexibility,” said Pena. “Multi-band LTE means better coverage whether in densely- or sparsely-populated areas and a wider range of compatible devices,” he added.

Smart’s LTE service which was launched last August 25 initially ran only on 2100Mhz similar to that being used by Japanese telco and LTE pioneer NTT DoCoMo.

Pena explains that multi-band LTE will also allow for the seamless international interoperability of LTE devices which will be offered by Smart in the near future.

“Smart has a history of offering its mobile services in multi-band configurations,” said Pena. “Our GSM connection runs on 900Mhz and 1800MHz bands, and our 3G, HSPA, and HSPA+ connections run on both 850MHz and 2100MHz. These combinations give our service superior reach, flexibility, and resiliency,” he added.

Smart LTE is available at Plan 3500 on unlimited until October 25, 2012. A 10GB monthly data allowance will take effect after the said date. The package includes a multi-band capable USB dongle which can be used for both Windows and Mac computers.

Also known as the fastest fourth generation (4G) wireless technology in existence, LTE is capable of delivering speeds of up to 100Mbps. It enables users to download HD movies in minutes, stream HD videos with no buffering, and play online games with no lag.

Complementing the commercial launch of Smart LTE is the installation of more than 54,000 kilometers of Fiber Optic Cabling (FOC) which connects Smart’s cellsites to its core network.

The upgraded FOC system, which is scheduled to be completed by end-2012 under the P67.1 billion “technology refresh” with parent company, PLDT, also makes possible Fiber-to-the-Home (FTTH) fixed broadband services with speeds of up to 100Mbps.

“This combination of LTE and FTTH gives the PLDT group unmatched capabilities to serve the requirements of its customers for mobile and fixed broadband services,” said PLDT and Smart President and CEO Napoleon L. Nazareno.