By Admin
September 05, 2012chessChinaGermanyolympiadPhilippinesRussiaSpainsportstournamentTurkey
The 35th ranked Philippine Chess Team defeated the 10th seed Bulgaria in the sixth round, 2.5-1.5, to stay in fifth place overall in the ongoing 40th FIDE World Chess Olympiad at the WOW Convention Center in Istanbul, Turkey.

Philippines banked on GM Oliver Barbosa’s win in Board 2 against Kiril Georgiev to garner 1 point to push the nationals into the tournament’s final five.

Meanwhile, highest-rated Filipino chesser Wesley So shared another draw in his game against GM Veselin Topalov in Board 1.

The game of GM Eugene Torre, who is currently mourning his mother’s death, versus GM Ivan Cheparinov in Board 3 also ended in a draw, same result on the duel of GM Mark Paragua and GM Aleksander Delchev in Board 4. 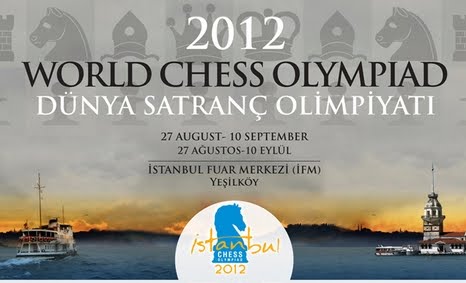 All of these gave the Filipinos ten points for a chance to win the title based on the match points scoring system where a clear win is equivalent to 2 points, 1 point for a draw, and 0 for a loss.

Russia, Armenia and Azerbaijan shares the first to third place with 11 points, while Philipppines, China, Ukraine, Hungary and Spain, each with 10 points, land in the fourth to eight place. With 9 points each, Germany and Moldova occupy the 9th and 10th places, respectively.