Team Philippines garnered six gold medals and one silver after the five-day elimination round and finals. 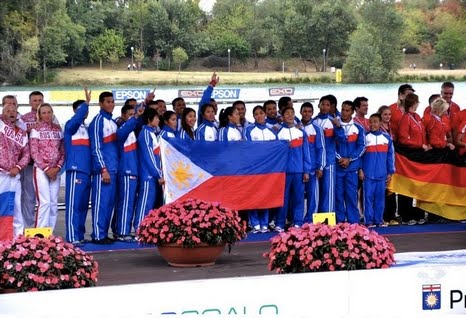 According to the Department of Foreign Affairs, hundreds of Filipinos residing in Milan and other parts of Northern Italy gathered to give moral support as well as food to the Filipino rowers.

The Philippine Consulate General in Milan described the weekend as “a day of pride, cheers and jubilation” for all pinoys there.