It was MMDA traffic discipline office head Yves Gonzalez who uploaded the original video online and shared it on Twitter on September 24. It has gone viral since.

But don’t expect that they’re going to do it on the street. It was only intended to spice a short program up.

On this YouTube page, where a video that showed MMDA chairman Francis Tolentino dancing the Gangnam Style for a brief period was uploaded, Gonzales posted that the constables presented their number during the awarding of MMDA merit badges at the agency’s main office in Orense. 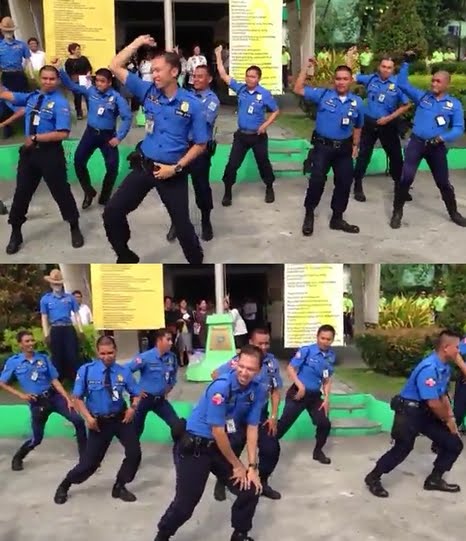