Oreta died of “multiple organ failure” at the St. Lukes hospital. He was 73.

Our condolences to the bereaved family and sympathy to the people of the City of Malabon.

His tenure as a City Mayor is market by extraordinary achievements and circumstances. During the 2007 Mayoral election, he emerged as an uncontested candidate. He is the Builder Mayor of the Twenty First Century Malabon. Engineer by family business orientation and profession, he matured into a strong proponent of social engineering in the emerging highly urbanized City of Malabon. 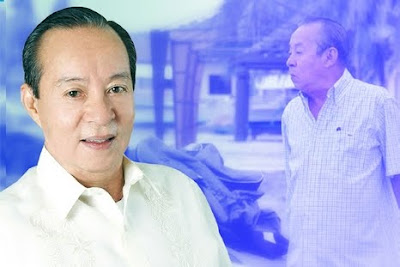 Under the leadership of Mayor Tito, the City Government of Malabon entered a new rise of Good Governance centered in the nurturance and education of the youth, the protection of women and care of children amid nurturance of the environment.

Right now, the City Government is facing head-on the perennial problem of flooding during the rainy months of June to September. And we are using all possible solutions to it; as well as the continuation of the KAMANAVA Flood Control and Drainage Improvement Project.

As the environment and the ecology are the highest priority for all citizens of Malabon, the Oreta administration realized two of the biggest dreams of the City such as: the New Malabon City Sports Complex Building, which is one of its kind in the KAMANAVA area; and, the New 11-storey Government Center Building with scenic elevator and Parking Space facility.

Meanwhile, vice mayor Antolin Oreta III, better known as Len-len Oreta, has been serving as the Acting City Mayor of Malabon since March 2012.