By Admin
September 23, 2012EntertainmentHollywoodKathy Griffinshow businessViral Photos
American actress and comedienne Kathy Griffin was spotted going around the Runyon Ranch in Los Angeles with her beau, Randy Bick, with no makeup.

At a first glance, Griffin was nearly unrecognizable, but when photographers noticed them and started to get pictures, the 51-year-old celebrity just smiled and flaunted her makeup-free face while holding her boyfriend’s hand.

Funny how commenters in entertainment websites made a fuzz about Griffin’s guy looking away from her when the photo was shot. 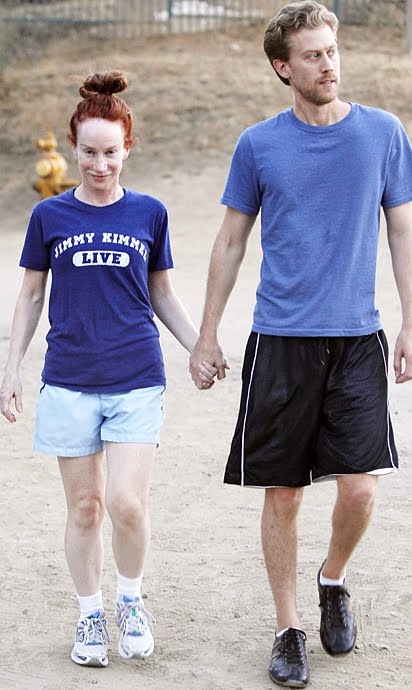 The Daily Mail reported that Griffin tried to keep the relationship away from the public eye for quite sometime.

In the interview, Griffin proudly said her much-younger boyfriend “doesn’t care for the spotlight.”