This ABS-CBN report tells us that Lloydie and Angel arrived in the event separately but as the night progressed, they “were seen together” most of the time and left the ball “hand in hand.”

This is the second time that the two stars have given the public an apparent hint of what’s going on between them after the “Perfect Sunday” Instagram photo went viral in mid-August. 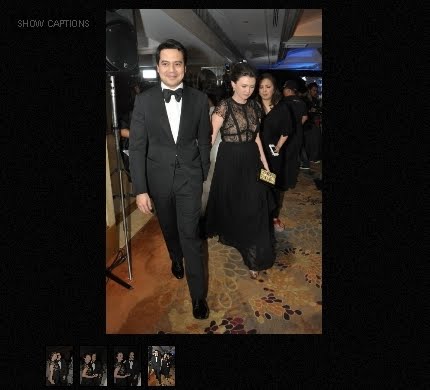 In an interview on ‘The Buzz’ on Sunday, JLC said his “relationship” with Angelica is “special” and deserves a “special timing.”

“Walang takot to do everything today because tomorrow hindi natin alam kung mayroon pang tomorrow. May nag-e-exist na paniniwala na you do what you have to do today, I’ll do what I have to do today, we have the rest of our lives,” he said.

He was also rumored to have given Angelica as gift an “expensive pair of earrings” before the Star Magic Ball.