The new Nano-SIM is 40 percent smaller than the Micro-SIM. Measuring only 12.3 millimeters wide, 8.8 millimeters tall, and 0.67 millimeters thick, it’s the smallest SIM card design to date. 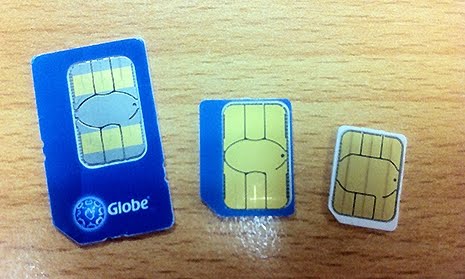 Before you get confused, a Nano-SIM does not offer new features. It has the same functionality as the regular SIM and micro SIM. The difference is the size and device compatibility.

Globe says its Nano-SIMs are available for free for new postpaid subscribers. It will also be free for existing subs as a replacement of their existing SIM.

New and existing prepaid subscribers can get the new Nano-SIM for P40. Globe said change SIM is not being offered at this time.

Globe hinted that Nano SIM-supported handsets will arrive “towards the latter part of the year,” so that’s probably in October or November.