Click here for the latest update on Bagyong Karen

As of 4pm, Bagyong Karen was spotted at 800 kilometers East of Guiuan, Eastern Samar, with maximum sustained winds of 65 kilometers per hour near the center and gustiness of up to 80 kph. It is forecast to move North at 11 kph.

PAGASA earlier said no public storm warning signal has been raised as Karen is still too far to directly affect any part of the country. 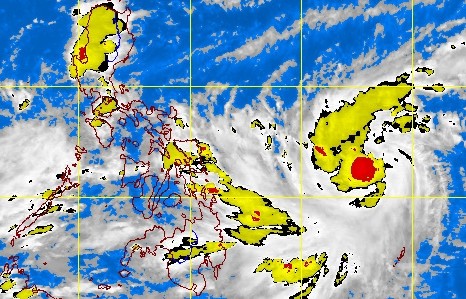 Estimated rainfall amount is from 10 - 20 millimeters per hour (moderate - heavy) within the 300 km diameter of the Tropical Storm, the weather agency added.