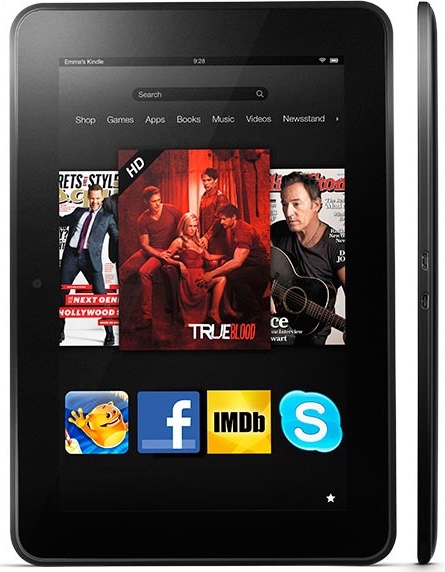 The 8.9-inch Kindle Fire HD 4G has a high definition display, Dolby audio, dual-band dual-antenna Wi-Fi and is a 4G LTE capable device. It is available for $499 and $599 for the 32GB and 64GB models, respectively.

These two tablets sport an HD touchscreen 1920x1200 display which is capable of playing movies and TV shows in up to 1080p at 254 ppi.

Both are expected to ship November 20.

There’s also a smaller, 7-inch Kindle Fire HD with the same high definition display, Dolby audio, and dual-band dual-antenna Wi-Fi. It’s priced at $199 for the 16 GB model and $249 for the 32GB.

Amazon says this item will be released on September 14.

By the way, the operating system of the new Kindle Fire HD, according to Scott Kaplan who commented over tech blog TechCrunch, is a “highly modified version” of Android.

He says “you can run apk’s on it, but it does not have access to the Google play store. It had its own Amazon app marketplace.”