Zendee Rose to appear on 'The Ellen Show'? 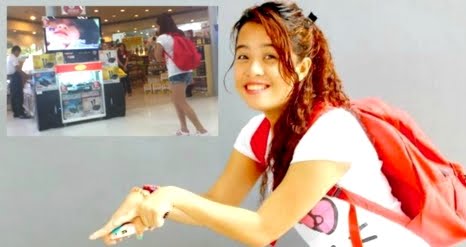 The Filipina singer became famous after a YouTube video, shot inside a mall, that shows her performing Jennifer Holliday’s “And I Am Telling You” like a pro went viral.

“Hi Zendeerose, I came across one of your videos and would love to speak with you and find out a bit more. Would you be able to pass along your email address and a telephone number that I can reach you on. Looking forward to speaking!,” wrote Garrity.

Back in 2007, the show’s host, Ellen DeGeneres, invited Charice on-air to become her guest. The latter sang “And I Am Telling You” and Whitney Houston’s “I Will Always Love You.” The rest is history.

We’re optimistic that Zendee will be given the golden opportunity to appear in one of the episodes of The Ellen Show. It would definitely help her gain international attention and, expectedly, catapult her to stardom.