The Crew, represented by its members Xernan, Sam, Aye, Miah, David, Kyle, Miko, and Erik, were joined in the competition by the UP Streetdance Club, La Salle Dance Company, Legit Status, Fresh Flow and the Philippine Allstars among other teams. 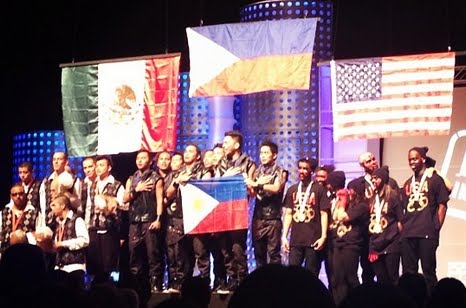 The Crew won in the World Adult division while the UP Street Dance Club placed 3rd in the Megacrew category.

Congratulations to The Crew and all the Philippine teams!