The company posted on Twitter that anyone who wants to experience the speed of Smart LTE can head over to the Jump Center in SM Megamall or SM City Cebu.

Smart also posted a photo of a laptop computer with the LTE speed test on the screen showing the download speed of 52.74 Mbps and upload speed of 7.70 Mbps. 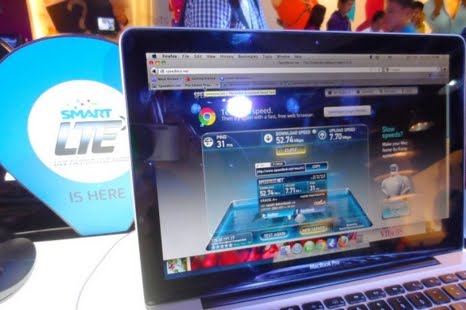 Ultrafast, isn’t it? But pricing details are yet to be revealed.