This report on Interaksyon.com tells us that the announcement was made by Smart’s senior manager for postpaid mobile broadband Ronald Molina at the telco’s first Philippine LTE Forum on Monday.

“There will be announcements pretty soon, but we want you to keep in mind two things: first, go to the Smart website in about four days, and three numbers: 8, 25, and 12,” Molina reportedly said. 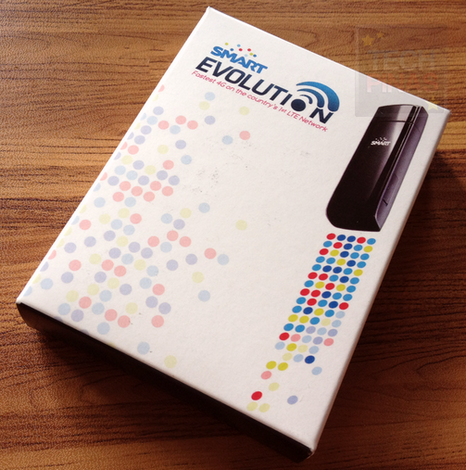 According to the report, Molina did not provide further details about subscription pricing although he did say that the service will be launched first in Metro Manila.

Citing company executives, the report said Smart’s LTE service will use the 2100 MHz band assigned to it by the National Telecommunications Commission (NTC).

Smart’s LTE service will be available by mid-2012, the report said, but public use could boost up a little later due to scarcity of LTE-capable devices in the country.

Once it’s up, Smart’s LTE will make the Philippines the second country in Southeast Asia to launch a commercial LTE service following Singapore’s M1, the report said.

LTE, marketed as a 4G wireless service, is a standard for wireless communication of high-speed data for mobile phones and data terminals.

The company demoed its LTE platform in Boracay during the Holy Week in April 2011. That time, Smart claimed that its new LTE service, earlier called “Evolution,” can deliver download and upload speeds of up to 50 mbps which will be increased up to 100 mbps later.

Well, this is good news for many, but there’s bad news for iPad users. Apple’s tech toy “will not be supported by the upcoming LTE service” as it uses a frequency “different” from what will be available from Smart.