By Admin
August 17, 2012Entertainmentvideos
Robert Pattinson appears on MTV First after he went on hiatus after his girlfriend, Kristen Stewart, cheated on him.

The interview is being shown live right about now. 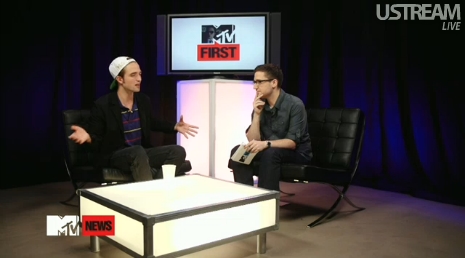 
Streaming by Ustream
In late July, photos of his girlfriend kissing and embracing “Snow White and the Huntsman” director Rupert Sanders spread in the internet like wildfire.

Surprised fans and industry observers as well said it has put the three in an “awkward situation.”

Kristen already publicly apologized to Rob and reportedly admitted the real reason of her cheating that obviously ruined the relationship.

A source told the US magazine OK! that “Kristen’s admitted her own insecurities may have pushed her to cheat.”