By Admin
August 10, 2012newsPRC announcements
Due to floodwaters inside the premises of the Professional Regulation Commission brought by monsoon rains, the PRC announced the rescheduling of licensure exams.

The commission said the deadline for the filing of applications for the licensure examinations of guidance counselors and medical technologists is extended to Friday, August 17, 2012.

Licensure examination for metallurgical engineers was rescheduled to August 25-27, 2012, the PRC said. 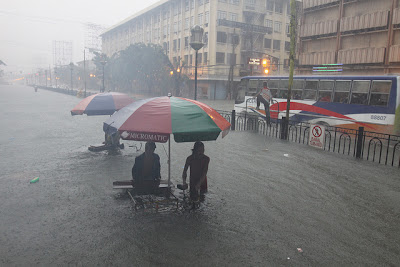 Walk-in exams for marine deck and marine engineer officers scheduled on Friday, August 10, 2012 and Saturday, August 11, 2012 were cancelled. Examinees on these dates and those who were originally scheduled on August 7, 8, and 9 were advised to coordinate with the Maritime Office of the PRC at Tel. No. 7331046 (Marine Engine Officers Division) and 7362253 (Marine Deck Officers Division) for the rescheduling of their examinations, while the WES examinees in Iloilo were advised to coordinate with the regional office for rescheduling.

The PRC also announced that the licensure examination for veterinary medicine will push through as scheduled on August 26-28, 2012.

New pharmacists who were not able to attend the August 10 oathtaking ceremony may take their oath before the officials and Commissioners of the PRC in Manila or before the Regional Directors of the 10 regional offices of PRC, the announcement stated.

All transactions will resume on Monday, August 13, the PRC added.