Meanwhile, state weather bureau PAGASA has not mentioned anything about the new LPA in its official website yet. Instead, the agency posted that the Southwest Monsoon (Habagat) is still affecting Northern and Central Luzon. 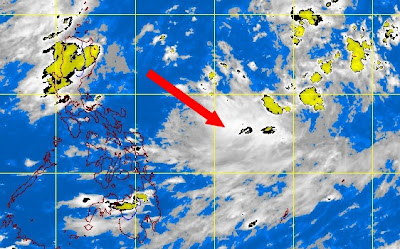 Weather experts said it will continue to bring mostly cloudy skies with scaterred rainshowers and thunderstorms becoming cloudy with widespread rains over the said areas particularly along the provinces of Ilocos, La Union, Pangasinan, Zambales, Pampanga, Bataan, Tarlac and Bulacan.

PAGASA warned residents living in low lying areas against threats of flashfloods and floods and landslides in mountainous areas.