Mark Barriga loses to foe, bows out of 2012 London Olympics

By Admin
August 04, 20122012 London Olympicsboxingsports
A sad news for supporters of the Philippine olympians. Filipino boxer Mark Barriga lost the bout against his Kazakhstan foe on Saturday, August 4.

The defeat in the final 16 round has cost Barriga the chance to bag a medal in the 2012 London Olympics.

The match, where his Kazakh opponent, Birshan Zhakypov, outpointed Barriga, 17-16, is apparently controversial.

It was described in an ABSCBNNews.com report as “a rough fight marred by much clinching and wrestling.” 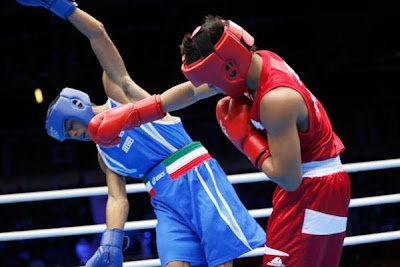 From what I’ve read, Barriga appeared to have lost his temper because of the shoving and pushing.

The referee’s warnings meant points for Zhakypov, the reason why Barriga lost the match.