In an interview on ANC’s “Headstart,” budget secretary Butch Abad revealed that the President will be having a meeting with some cabinet members before noontime today.

Abad was unsure, however, whether it will be President Aquino who will personally make the announcement or it will be through an official statement to be read by presidential spokesperson Edwin Lacierda or his deputy, Abigail Valte.

But this Philstar.com report cited reliable sources as saying that the President is set to appoint Transportation and Communications Secretary Manuel Roxas II as the next DILG chief, replacing Jesse Robredo who died in a plane crash off the coast of Masbate City last August 18. 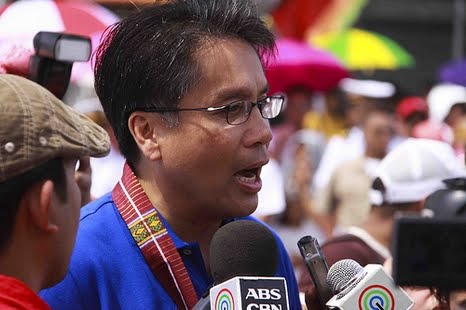 Taking over Roxas’s post in the DOTC is Cavite representative Joseph Emilio Abaya, his and the President’s colleague in the Liberal Party, the report said.

Sources told the publication that Aquino called Roxas yesterday morning to tell him about his decision.

The President is supposed to name the new DILG chief before he leaves for Russia to attend the Asia-Pacific Economic Cooperation (APEC) summit on September 2-9.

Abad said Aquino had to rush the appointment because he does not want to leave some DILG programs and projects hanging.