By Admin
August 14, 2012news
The Judicial and Bar Council has uploaded online a photo of the Tally Sheet used in the voting to come up with a shortlist of nominees for Supreme Court chief justice.

From twenty, the number of nominees was trimmed down to eight. Five Supreme Court ‘insiders’ and three ‘outsiders’ made it to the list.

SC senior associate justice and acting chief justice Antonio Carpio garnered the most votes from the JBC at seven.

The name of justice secretary Leila de Lima, who got disqualified due to pending disbarment cases at the SC, was crashed out. 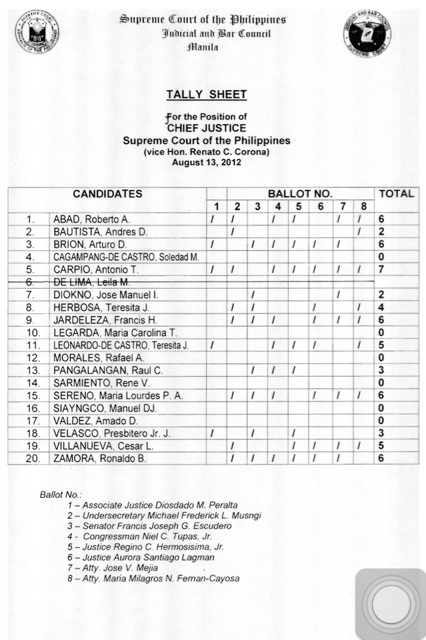 The JBC will then submit the list to President Benigno Aquino III who is expected to name the next chief justice after two weeks.