Darna on ABS-CBN: Angel or Cristine?

By Admin
August 28, 2012ABS-CBNAngel LocsinCristine ReyesDarnaEntertainmentfeatureGMAMars RavelophotosStar Cinematelevision series
Once again, the online debate on who will play Darna heats up as rumors about the superheroine-fantasy television series ‘coming very soon on ABS-CBN’ surfaced.

It’s been a year since the Kapamilya network acquired the rights of Darna, along with other Mars Ravelo masterpieces Captain Barbell and Dyesebel, yet everyone is clueless as to when these classics will come out on TV...until Star Creatives’ Roxy Luiqigan posted the following tweet last Wednesday. 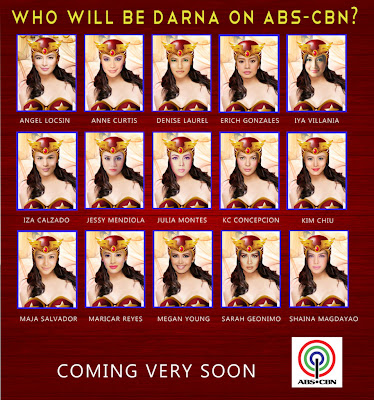 Specific details of the series remain very scarce and, so far, fans have only mentioned the names of actresses Angel Locsin and Cristine Reyes as the top 2 choices for the role.

Angel portrayed the character in 2005 while she was in GMA-7, but apparently declined to reprise her role in the ABS-CBN version due to conflict of schedules. This started speculation that the role was given to Cristine.