The truth behind Charice’s “Bride of Chucky” hairstyle

By Admin
August 15, 2012Charice PempengcoEntertainmentX Factor Philippines
Viewers of the X Factor Philippines noticed the new hairstyle of international singing sensation Charice which, according to some, looks similar to that of Tiffany.

Tiffany is the main character of the 1998 comedy horror film “Child’s Play 4: The Bride of Chucky.” 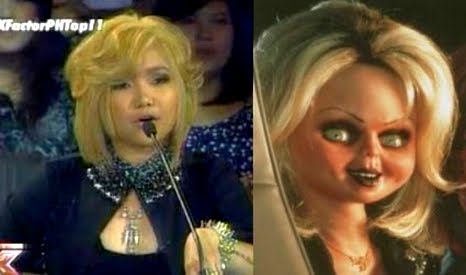 Charice’s “Bride of Chucky” hairstyle immediately became a trending topic on Twitter nationwide after her fans and haters did some sort of ‘Twitter war’ over the weekend.

So what’s the story behind the singer’s ‘controversial’ hairdo?

We backtracked by a couple weeks and discovered a user-generated video that shows Charice playing with her doll, whom she calls “Charess,” while X Factor PH was off-the-air during its August 4 episode.

The doll’s blonde hair looks exactly the same with what the mentor/judge is wearing. 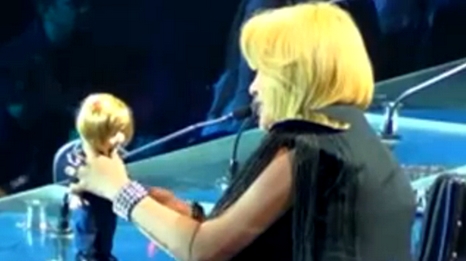