PAGASA said Typhoon Igme was last spotted 380 kilometers East of Aparri, Cagayan with maximum sustained winds of 160 kilometers per hour near the center and gustiness of up to 195 kph. It is forecast to move North at 11 kph. 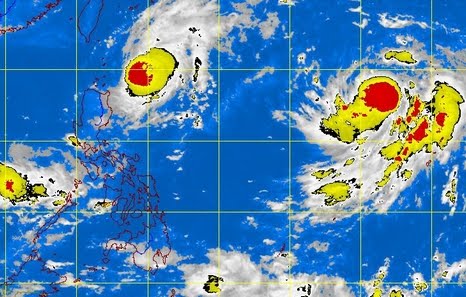 The weather agency said the amount of rainfall is from 10 - 25 mm per hour (moderate - heavy) within the 600 km diameter of the Typhoon.

Igme is expected to enhance the Southwest Monsoon that will bring light to moderate rains over Luzon specially the Western section (Metro Manila, Pangasinan, Zambales, Bataan, Batangas and Mindoro).

Fishing boats and other small seacrafts are advised not to venture out into the Eastern Seaboards of Central and Southern Luzon due to big waves caused by these weather disturbances.