Tropical Storm Igme was last spotted 315 kilometers East Southeast of Aparri, Cagayan with maximum sustained winds of 65 kilometers per hour near the center and gustiness of up to 80 kph. It is forecast to move North slowly. 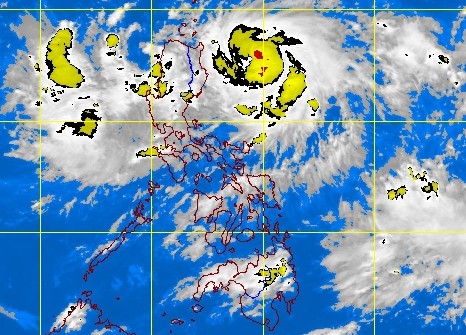 PAGASA says estimated rainfall amount is from 5 to 10 millimeters per hour (moderate to heavy) within the 400-km diameter of Igme.

Residents living in Northern Luzon especially in low lying and mountainous areas were alerted against possible flashfloods and landslides.

Fishing boats and other small seacrafts were also advised not to venture out into the Eastern Seaboards of Central and Southern Luzon due to these weather disturbances.