By Admin
August 07, 2012newsSuspension of Classes
Due to continuous downpour and massive flooding, several schools in Metro Manila and some parts of Luzon will still have no classes on Wednesday, August 8, 2012. 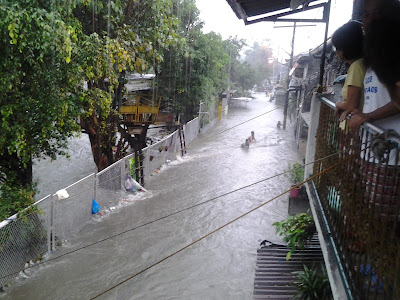 ALL LEVELS
PRESCHOOL TO HIGH SCHOOL
This list will be updated upon availability of information.

Meanwhile, state weather bureau PAGASA has issued again a RED WARNING SIGNAL for Metro Manila as heavy to intense rainfall (7.5 to 25.0 millimeters per hour) was observed in the area, while torrential rainfall (34.5mm/hr) was observed over Pasay for the past 3 hours.

Due to the effect of the series of thunderstorms embedded in the Southwest Monsoon flow, expect heavy to intense rainfall (10 to 25mm/hr) with occasional to frequent torrential (more than 30mm/hr) within 3 hours, weather experts said.

There is no typhoon or storm existing within the Philippine Area of Responsibility, but the Southwest Monsoon is still affecting Luzon and Visayas.

PAGASA advised residents in high risk areas to take precautionary measures and to watch out for the next warning.