By Admin
August 13, 2012Eid’l Fitrnewsofficial public holidays philippines
Monday, August 20, 2012, has been declared by Malacañang as a regular non-working holiday in the Philippines in observance of Eid’l Fitr which marks the end of the holy month of Ramadan.

“The President today signed Proc. No. 455 declaring Monday, August 20, 2012 as a regular holiday throughout the country in observance of Eid’l Fitr,” presidential spokesperson Edwin Lacierda announced via Twitter on Monday, August 13. 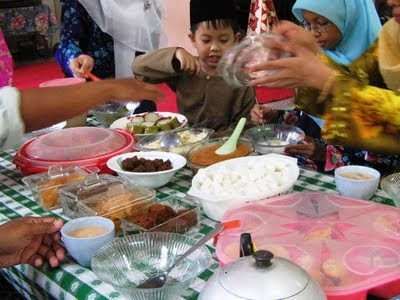 The August 20 holiday will extend the upcoming weekend.

Here’s the full text of the corresponding proclamation:

BY THE PRESIDENT OF THE PHILIPPINES

PROCLAMATION NO. 455
DECLARING MONDAY, 20 AUGUST 2012, AS A REGULAR HOLIDAY THROUGHOUT THE COUNTRY IN OBSERVANCE OF EID’L FITR (FEAST OF RAMADHAN)

WHEREAS, Republic Act No 9177 declared Eid’l Fitr (Feast of Ramadhan) as a regular holiday throughout the country;

WHEREAS, Eid’l Fitr is celebrated by the Muslim World for three (3) days after the end of the month of fasting;

WHEREAS, to promote cultural understanding and integration, the entire Filipino nation should have the full opportunity to join their Muslim brothers and sisters in the observance and celebration of Eid’l Fitr; and

WHEREAS, in order to bring the religious and cultural significance of the Eid’l Fitr to the fore of national consciousness, it is necessary to declare Monday, 20 August 2012, as a regular holiday throughout the country.

NOW, THEREFORE, I, BENIGNO S. AQUINO III, President of the Philippines, by virtue of the powers vested in me by law, do hereby declare Monday. 20 August 2012, as a regular holiday throughout the country in observance of Eid’l Fitr (Feast of Ramadhan).

IN WITNESS WHEREOF, I have hereunto set my hand and caused the seal of the Republic of the Philippines to be affixed.

Done in the City of Manila, this 13th day of August, in the year of Our Lord, Two Thousand and Twelve.