By Admin
August 13, 2012EntertainmentfeatureViral Photos
The expression “a picture paints a thousand words” is what this Instagram photo of Angelica Panganiban and John Lloyd Cruz seems to suggest.

Apparently giving the public a hint of what’s going on between her and Lloydie, Angelica uploaded online thru the photo-sharing app a calm and scenic collage of pictures with a caption that reads “Perfect Sunday!!!! According to the guy in pink.” 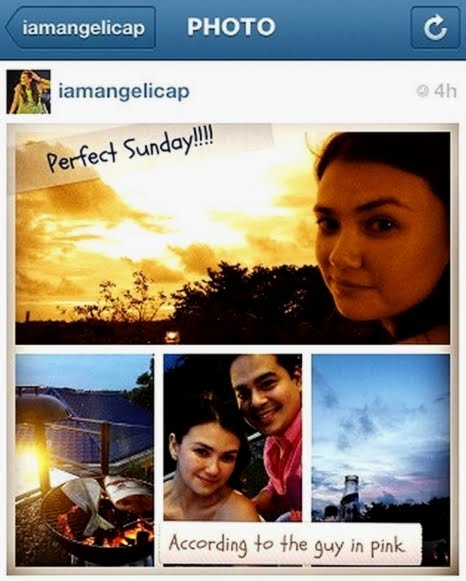 Both celebrities consistently deny rumors that they are in a relationship, but the photo is proof that they’re spending time together...in other words, dating.

Whether or not this photo is evidence that Angel and Lloydie have already moved on from their past relationships, or they’re just enjoying a special relationship either as boyfriend-girlfriend or purely close friends, we don’t know yet.

But one thing’s for sure, they deserve to be happy.