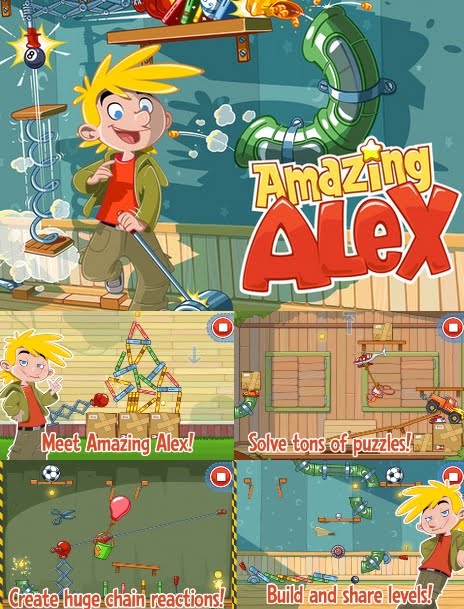 Amazing Alex, which uses a physics-based puzzle gameplay, will be available for Android and iOS devices on Thursday, July 12.

In a recent interview, Rovio’s chief marketing officer Peter Vesterbacka said the company will maximize its Angry Birds marketing arm for Amazing Alex “to get the game the audience it deserves.”

Originally launched as Casey’s Contraptions, the refined game is re-launched under its new name, Amazing Alex, after Rovio bought its rights.

For iPhone users, you can download Amazing Alex from the App Store for $0.99. The HD version of the game is available for $2.99.

Amazing Alex Android app on Google Play can be downloaded with the available versions as follows: Free trial, Premium, and High Definition (HD).

Take a look at this new game. Here’s a nice trailer video: