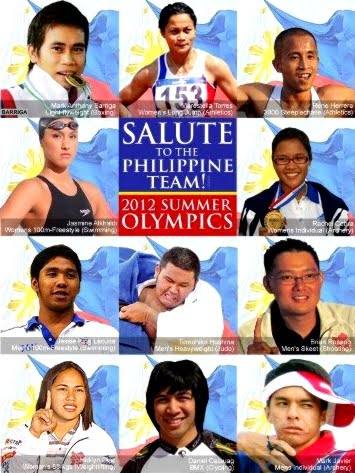 July 27 – Rachel Cabral and Mark Javier (Archery – Qualifying Rounds)
July 30 and 31, August 1 and August 3 – if they will advance

The Philippine contingent for the 2012 London Olympics is the smallest delegation in the history of the country’s participation in the olympiad since 1932.

Inspite of that, the nation still hopes and pray that the 2012 Philippine olympic team would be able to bring the gold home.