It was a close fight during the first quarter, but the star-studded American team started to pull away in the second period, getting ahead by a wide margin at half-time.

At the third quarter, Team USA dominated the boards and outside shooters among them Kobe Bryant and Kevin Durant successfully fired shots from beyond the arc early on. Lebron James had some spectacular shots including an alley-oop dunk that brought the house down.

France, with Tony Parker in its roster, trailed by at most 24 points in the third quarter. US was moving the ball really well in the fourth period, the score margin was wide and at 8 minutes before end-game, we concluded that victory was already within reach. 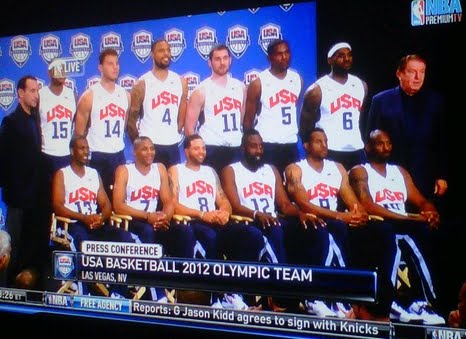 Team USA will be meeting Tunisia at the Basketball Arena of the Olympic Park on Tuesday, July 31, 2012.