In a trailer video for “Medal of Honor: Warfighter,” Isabela City, Basilan in the Philippines is listed as among the “global terror” spots alongside Yemen, Bosnia, Somalia and Pakistan. 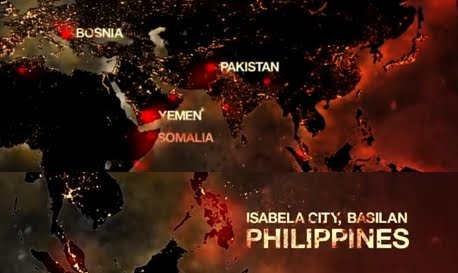 “Medal of Honor: Warfighter,” which will be available for the PlayStation 3, Xbox, Nintendo Wii U and PCs, will require players to rescue hostages who were kidnapped by the Abu Sayyaf group.

Watch the trailer of “Medal of Horror: Warfighter” here: