By Admin
June 13, 2012sports
Top Rank big boss Bob Arum on Monday requested for a full and complete investigation on the result of the June 9 world welterweight bout between Manny Pacquiao and Timothy Bradley. 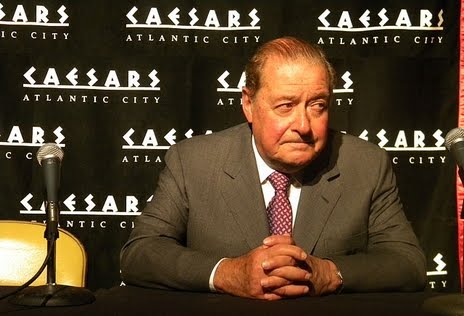 In that fight, judges Duane Ford and C.J. Ross both scored 115-113 for Bradley while Jerry Roth saw it 115-113 for Pacquiao. The American boxer was proclaimed winner by a split decision.

Most boxing analysts and enthusiasts including celebrities expressed shock, dismay and outrage over the scoring of Saturday’s match at the MGM Grand Garden Arena in Las Vegas.

“The only way to restore fans’ confidence in boxing is by letting an independent body investigate every detail of the fight no matter how big or small. Sunshine never hurt anyone,” the promoter added.

In a separate occasion, Arum said that “the whole sport is in an uproar” and “people are going crazy” because of the controversial verdict.

He also said that there would be no rematch between the fighters unless the probe on the scoring is launched.