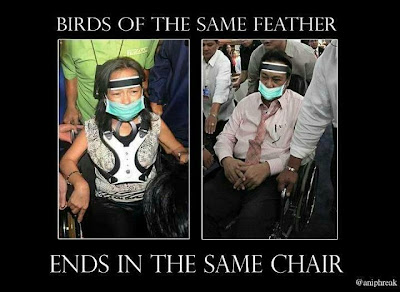 Although the caption that says: “Birds of the same feather ends in the same chair” is grammatically incorrect, many liked and shared the viral Corona - Arroyo in wheelchair photo on Facebook.