By Admin
May 03, 2012Entertainment
Just as most people thought that their relationship is going stronger, Angelica Panganiban and Derek Ramsay are having a tough time. 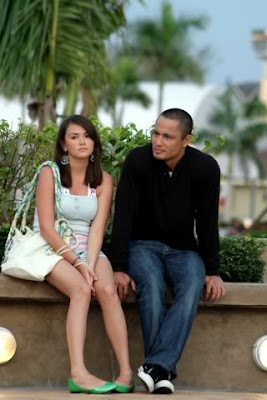 The hunk actor admitted to Yahoo! Philippines OMG! that they are presently on a “cool-off stage.”

“We’re giving each other space,” Derek told the news provider over the phone.

According to the report, Derek did not reveal the reason behind their decision. He also said that no third party person is involved.

There are two possible reasons why Angelica and Derek have temporarily split up.

First, the rumor that something is going on between Angelica and actor John Lloyd Cruz.

Philippine Star columnist Ricky Lo in his article said that Angelica and Loydie “discovered that they have something in common, that they like the same thing” while they were together in Vietnam.

And second, Derek’s transfer to the Kapatid network.

Usually, in as far as our personal observation is concerned, it is hard for a celebrity couple to continue their relationship if they work for competing networks unless they’re already married like in the case of Aga Muhlach and Charlene Gonzales, as well as Ryan Agoncillo and Judy Ann Santos.