By Admin
March 15, 2012DepEdPalarong Pambansa 2012press releasessports
Expect a clean and green 2012 Palarong Pambansa. This is the pronouncement of Education Secretary Armin Luistro during the signing of the memorandum of understanding between the department and this year’s host, the provincial government of Pangasinan represented by Governor Amado Espino Jr. 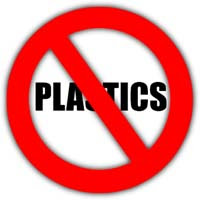 Luistro said the department will seriously pursue the campaign to make the Palaro an environment-friendly event by requiring food caterers to avoid using plastic and polystyrene packaging in the preparation of meals. “We started this in Dipolog, Zamboanga last year, we will do it better this year,” said Luistro.

On another clean aspect, Luistro announced that the DepEd will ensure that athlete screening and games officiating will be clean and fair to all in keeping with the true spirit of the sporting event.

“The Palaro is a venue for values formation among our youth, this is where positive Filipino values should apply,” he said

Luistro added that the Palaro should not be made a once-a-year event but a continuing activity to really develop the athletic prowess and sportsmanship of the young. Likewise, the games venue should not be so constructed as to last for just a year. “It should be made to last for years so that many athletes can use it for a continuous sports program.”

The 2012 Palarong Pambansa is set from May 6 to 12, 2012 to be participated in by elementary and secondary students from public and private schools.

Luistro describes the event as an important component of the basic education curriculum because it promotes physical education and sports, which are part of the full development of the youth’s potential. “When we say total human development, we mean to develop persons who are physically fit, socially responsible, and globally competitive,” he said.

Student–athletes who stand out from the Palaro serve as feeder to the National Sports Associations for further training for international competitions. “In a way, the results of the Palaro provide a database for a more sound and relevant school development program,” added Luistro.