By Unknown
March 13, 2012sports
Azkals goalkeeper Neil Etheridge and the rest of the Philippine national football team is scheduled to play against Tajikistan in the 2012 AFC Challenge Cup in Nepal on March 13. 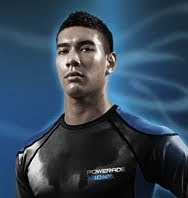 The match will take place at the Halchowk Stadium, Kathmandu starting at 5 p.m. Tuesday (Manila Time). The winner of which will advance to the semifinals.

Philippines and Tajikistan share the 2nd place in the Group B standing.

Fans do hope that Etheridge would triple his effort as their game against Tajikistan, the 2010 third-placer, is expected to be very tough.

Etheridge in a recent interview admitted that he feels sad for his co-players Angel Guirado and Lexton Moy who are facing sexual harrasment charges filed by Match Commissioner Cristy Ramos before the AFC.

“Everyone has the right to express their own opinions on the matter, but obviously the timing wasn’t great. It is unfortunate that this happened so close to such a big competition,” Neil reportedly said.

“I think a lot of the players were unaware of what happened or maybe something was misinterpreted,” he added, according to reports.

The full story of the complaint is posted here.